Pictured: The Hinx Jaguar C-X75 with fire damage from the filming of Spectre. 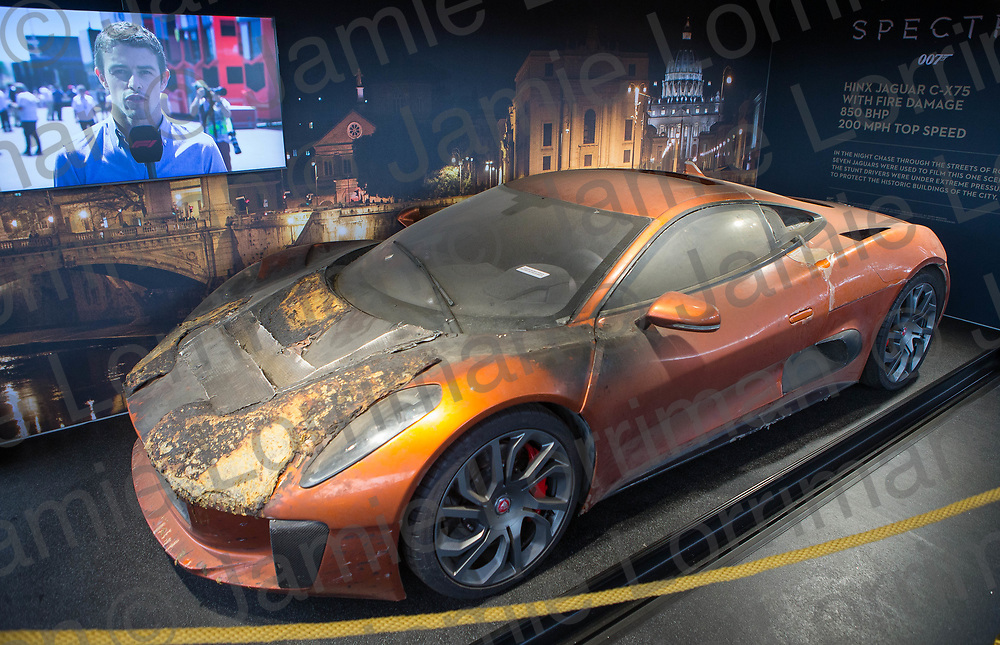