Pictured: The Aston Martin DBS with damage from the filming of Quantum of Solace. 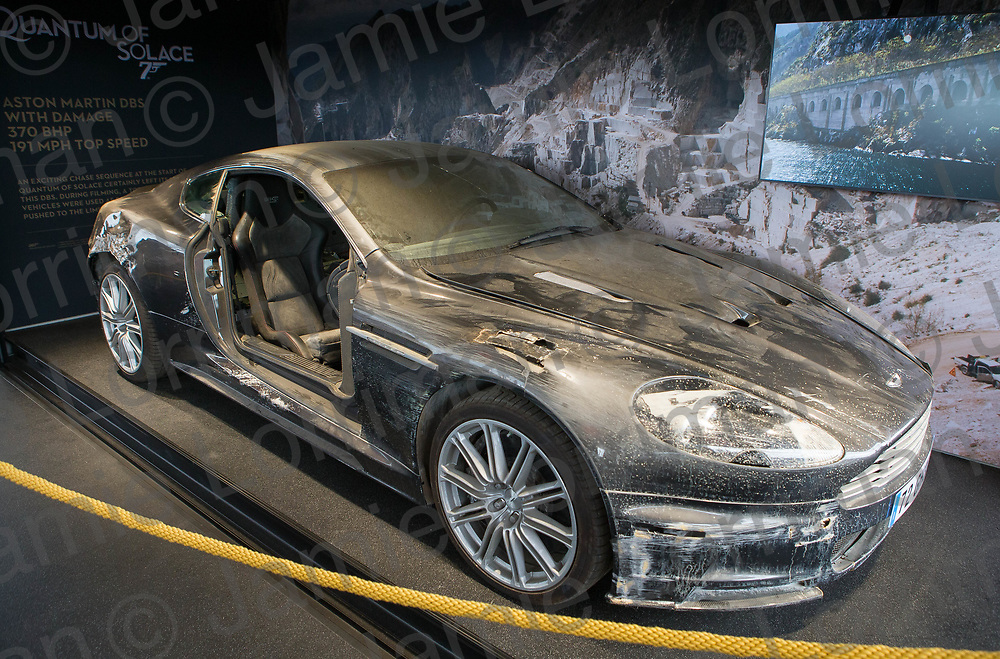