Pictured: The Aston Martin V8 which will feature in the next film, Bond 25, on display at Silverstone. Actor Daniel Craig has been seen filming scenes with the car in London in a video released by the production company on twitter. 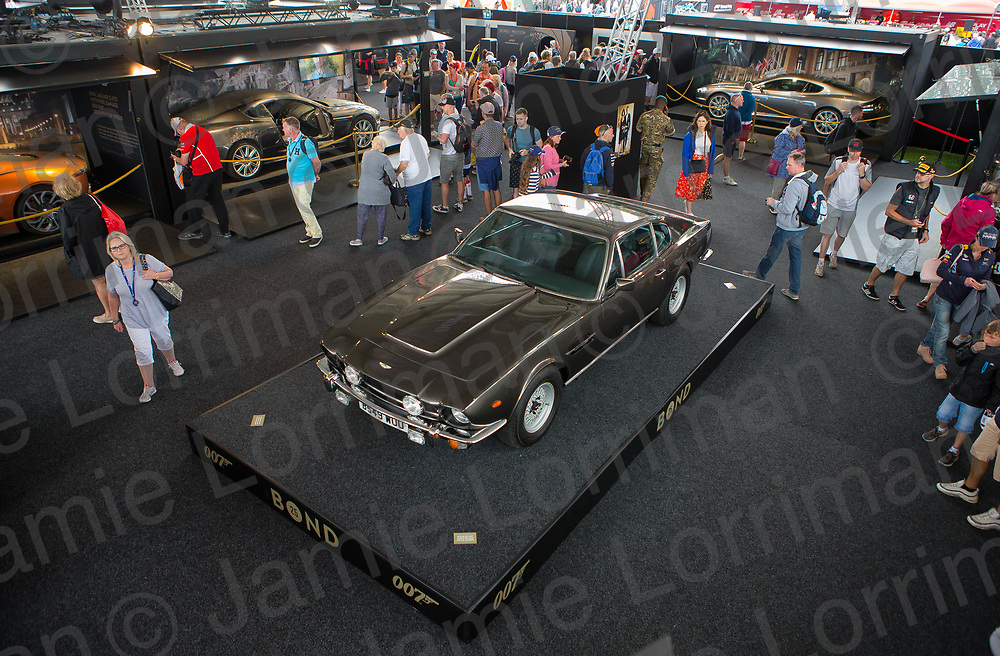