Pictured: The Lotus Submarine car and the Hinx Jaguar C-X75 on display at Silverstone. 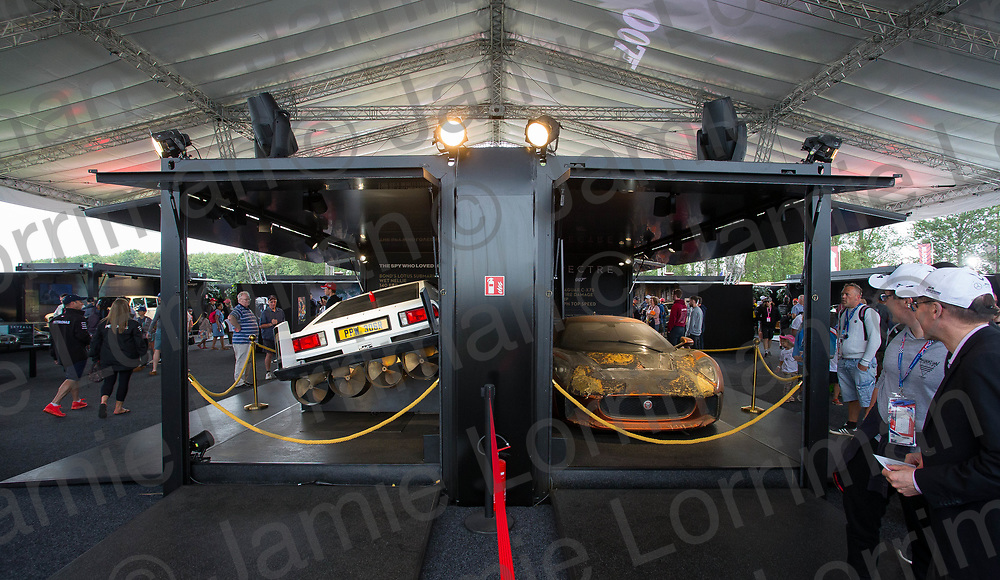